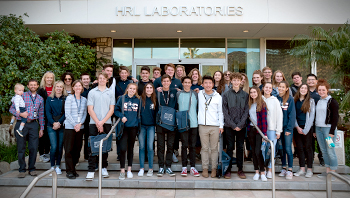 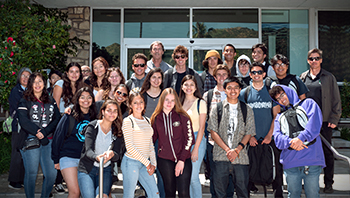 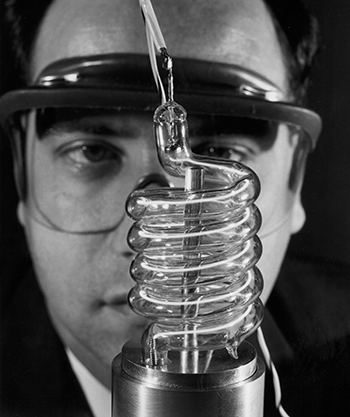 "Voila. That was it! The Laser was born!"

These were the words Hughes Research Laboratories' physicist Dr. Theodore Maiman used in recounting the historic moment his synthetic ruby laser produced light pulses that steadily increased in brightness as the simple, yet revolutionary, device was powered up. "The output trace started to shoot up in peak intensity and the initial decay time rapidly decreased," he recalled.

The historic moment took place May 16, 1960, when Maiman and fellow researchers Drs. Irnee D'Haenens and Charles Asawa began to power what would become a world-changing technology. While the laser concept had been proposed in the 1950s, the Hughes researchers were the first to prove the laser concept could actually work.

It was the breakthrough a number of labs had been rushing to achieve because potential applications of the laser were numerous. The military was particularly interested in the technology for weaponry, but its value in tracking, sensing and ranging became its biggest initial application.

Over the last 50 years, researchers at Hughes and now HRL Laboratories have continued to investigate and exploit the enormous advantages of optics and optoelectronics. The science has brought phenomenal advances to medicine, communications, manufacturing and defense and continues to touch virtually every aspect of our lives. 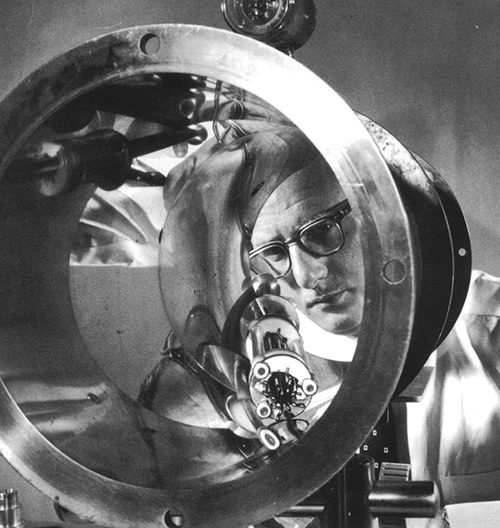 A maser operates in a similar manner as the laser but produces and amplifies electromagnetic radiation mainly in the microwave region of the spectrum.

Gould, like Townes and his colleagues, had proposed using optical pumping to excite a maser, which originally used stimulated emission in a stream of energized ammonia molecules to produce amplification of microwaves. If the concept worked with visible light, the potential of the technology would be enormous, projecting the radio spectrum "into a range some ten thousand times higher than that which was previously attainable," Theodore Maiman said at a press conference held in New York City in July 1960. "Its success marks the opening of an entirely new era in electronics." (Read Maiman's remarks.) 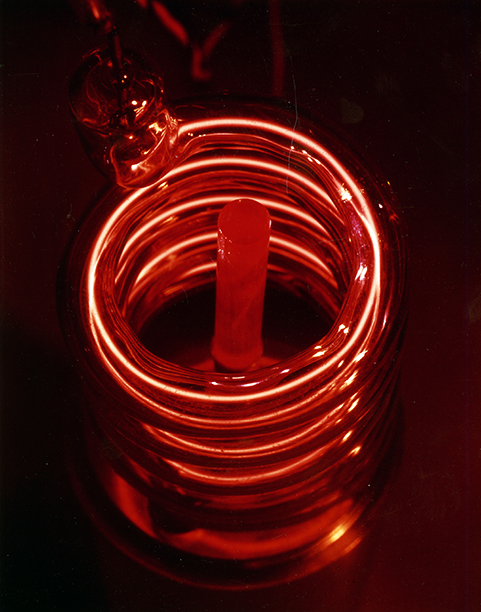 At Hughes Research Laboratories in Malibu, Theodore Maiman's team was investigating the maser and laser concepts. Maiman proposed using a synthetic ruby crystal as a lasing medium, the substance that supplies the atoms or molecules to be stimulated. He set about demonstrating the laser concept in Spring 1960.

Maiman put a 1 x 2-cm piece of pink ruby, with parallel silvered ends, inside a small helical xenon gas pulsed electronic photographic flash lamp (>5,000°K). The apparatus was mounted inside a reflecting aluminum housing and a hole scratched in the center of one of the silver end coatings sampled the emitted light.

A World of Uses 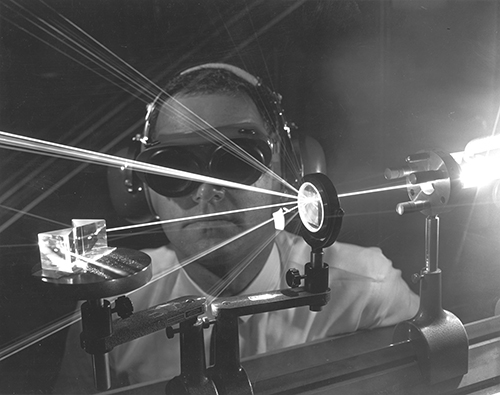 With the advent of the laser in 1960, Hughes researchers continued investigations with ruby and various other lasing substances, including noble gases and water. The device was a valuable tool for studying matter, and experiments into its potential importance to communications began. Work in laser rangefinding for the military led to the first long-distance laser link between Hughes’ Malibu and Culver City facilities. Researchers also began investigating holography, a technology made possible by the laser.

By the 1970s, laser rangefinding became a multibillion-dollar industry for Hughes. The company became an established leader in complex circuits with micrometer dimensions in integrated microwave devices and new integrated optical circuits in the exciting new field of fiber optics. In 1978, scientists invented a technique for manufacturing glass optical fibers with the strength of steel wire. Those fibers were used in Hughes' Fiber Optic Guided Missile Program, FOG-M, and enabled missile flight to be controlled by light signals while television pictures could be transmitted from a missile to the ground launch site. 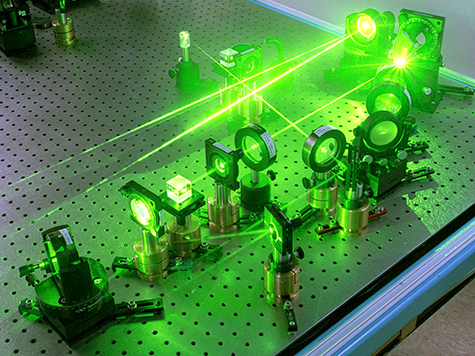 Optics became a main focus in the 1980s, leading to manufacture of fiber optic cables for controlling and testing microwave radar antenna systems. Optical phase conjugation techniques were developed for atmospheric compensation, enabling a light beam to be sent into the atmosphere, bounce off an object, and return to Earth with similar sharpness without the blurring effects of atmospheric turbulence.

Heading into the 1990s, researchers continued to set records with microelectronic and optoelectronic circuits using indium phosphide substrate material because it is the only material in which analog, digital microwave circuits, lasers, and other optical devices can be fabricated on the same chip. That capability led to systems on a single chip, a concept that continues to mature with new materials and nanotechnology.

The Man Behind the Beam 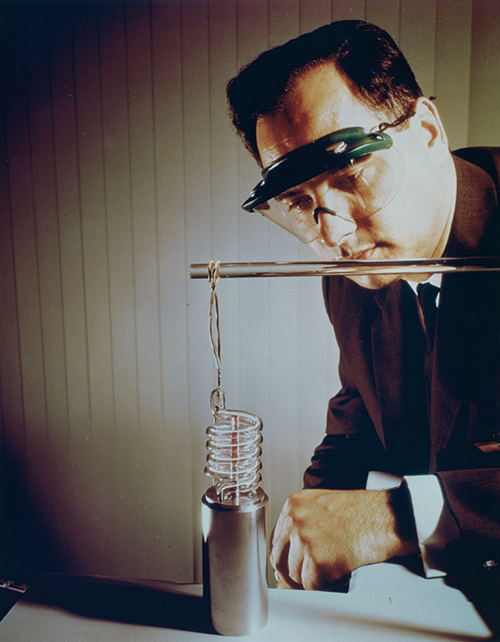 "We are here today to announce to you that man has succeeded in achieving a goal that scientists have sought for many years. For the first time in history a source of 'coherent' light has been attained." – Theodore H. Maiman, describing the first successful laser on July 7, 1960 at a Hughes Aircraft Company press conference, Hotel Delmonico, New York, NY.

Born in Los Angeles on July 11, 1927, Theodore Maiman received his undergraduate engineering physics degree from the University of Colorado and his electrical engineering master’s degree and physics doctorate from Stanford University. His team at Hughes Research Laboratories demonstrated the first laser, using a synthetic ruby crystal, on Monday May 16, 1960.

In 1962, Maiman founded his own company, Korad Corporation, for research, development, and manufacture of lasers. He sold Korad to Union Carbide Corporation and formed Maiman Associates in 1968. He joined TRW in 1976 and was responsible for directing the management of technology and the establishment of new high-technology ventures. He was later the director of Control Laser Corporation and a member of the Advisory Board of Industrial Research magazine.