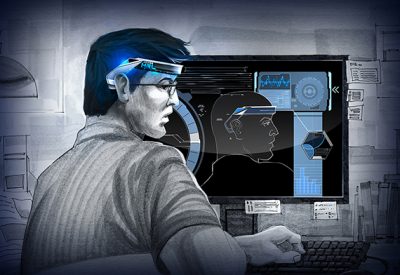 “We measured the brain activity patterns of six commercial and military pilots, comparing them to the patterns we observed from novices, and observing how the novice brain transitions to an expert brain. Additionally, we applied stimulation into key brain regions to observe how the volunteers’ learning abilities were modulated by neurostimulation as they were training,” said Jaehoon Choe, a neuroscientist on the ISSL team.

The study, published in the February 2016 issue of the journal Frontiers in Human Neuroscience, found that subjects who received brain stimulation via electrode-embedded head caps were, as a group, able to land more consistently at the end of 4 days of flight training. “We looked at performance in the individual and the group consistencies of stimulated vs. unstimulated volunteers,” Choe said. “It was in this second case that we found a significant effect of stimulation.”

While previous research has demonstrated that tDCS can both help patients more quickly recover from a stroke and boost a healthy person’s creativity, HRL’s study is one of the first to show that tDCS is effective in accelerating practical learning. Choe speculates that the potential to increase learning with brain stimulation may make this form of accelerated learning commonplace.

Choe concluded, “Though we have much more to learn, as we discover more about the detailed mechanisms of brain function and neurostimulation, we’ll likely see a broader application of these technologies across many different domains of training and classroom environments.”

The results from the expert brain patterns will be the subject of forthcoming manuscript(s).