HRL Laboratories, LLC, Senior Research Staff Engineer Florian Herrault has been chosen to participate in the National Academy of Engineering’s (NAE) 23rd annual U.S. Frontiers of Engineering (USFOE) symposium in East Hartford, Conn., September 25-27. Herrault will be among 82 of the nation’s most promising young engineers, aged 30 to 45, for the 2 1/2–day event. 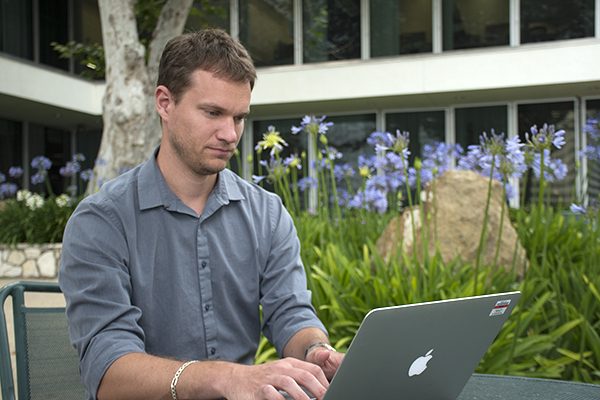 Herrault received a physics BS in 2003 and an applied physics MS in 2005 at the University of Toulouse, France. He then attended Georgia Institute of Technology in Atlanta where he received a PhD in Materials, Technologies, and Systems for Electronics in 2009. His PhD emphasis was in microfabrication technologies and devices for power conversion.

With his colleagues at HRL, Herrault has held research leadership roles on several projects for the Defense Advanced Research Project Agency. These include program manager and principal investigator on the Magnetic Miniaturized and Monolithically Integrated Component (M3IC) Program and technical lead on the Diverse Accessible Heterogeneous Integration (DAHI) Program and the Advanced Scanning Technology for Imaging Radars (ASTIR) program.

“I am very excited to be selected for this symposium,” Herrault said. “Sharing research knowledge and inventive ideas with high-level peers in such a setting is rare. Judging from the positivity and insight I’ve received from HRL colleagues who have been invited to the USFOE before, I imagine that the interactions will be fascinating and engaging.”

Hosted by the United Technologies Research Center, the symposium will cover cutting-edge development in four areas: Mega-Tall Buildings and Other Future Places of Work, Unraveling the Complexity of the Brain, Energy Strategies to Power Our Future, and Machines That Teach Themselves.

“The Frontiers of Engineering program brings together a particularly talented group of young engineers whose early careers span different technical areas, perspectives and experiences,” said NAE President C. D. Mote, Jr. “But when they come together in this program,  their mutual excitement is palpable, and a process of creating long-term benefits to society is often initiated.”