Self-organized critical avalanche patterns (shown in the background) enable rapid search toward optimal solutions. In the foreground, the brain is colored in four colors such that no adjacent regions share the same color – finding such a coloring is an example of an optimization problem that our new algorithm can solve efficiently. © 2018 HRL Laboratories.

HRL Laboratories, LLC, computer scientists have found that computer models of a phenomenon in the brain called self-organized criticality (SOC) can be used to calculate optimal conditions within complex networks.  Surprisingly, the search patterns produced by an SOC process have unique properties that lead to more efficient solutions than conventional optimization methods. 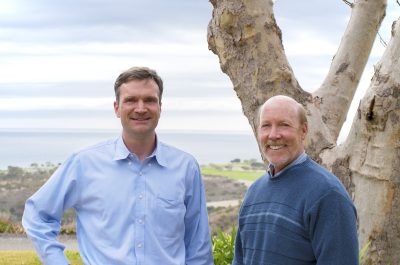 “Through our computer models, we may have linked a mechanism in the human brain to an optimization technique for complex interactive networks,” said Heiko Hoffmann, HRL Senior researcher and coauthor of the report. “There is empirical evidence of neurons firing in the brain in cascade-like events. These cascades can be large or small, but they all have a pattern like an avalanche down the side of a mountain or pile of sand. This avalanche phenomenon is called self-organized criticality. Researchers have wondered about the function of this property in the brain, so we computer-modeled it to try to determine its purpose. We discovered that algorithms we created to model the diversity of neural firing patterns can be used to solve optimization problems in complex networks of interacting components.”

An optimization problem exists when interacting components must be adjusted to reach a desired state. HRL Principal scientist and coauthor Dave Payton described it this way, “Imagine you have a TV screen with a large set of knobs that control all aspects of the picture. Turning the knobs will cause changes in the picture, and each knob has a different effect. The optimum state you want is the best quality image, so you must laboriously turn the knobs individually and together to eventually find the exact setting for each knob that achieves the ideal TV picture. That’s your optimization problem. Our SOC algorithms can solve this kind of problem without testing all possible knob combinations.”

The possible uses for a mathematical SOC toolkit could be vast. Complex systems are commonplace in electrical and other types of engineering. Many transdisciplinary technologies at HRL Laboratories are dependent upon challenging optimization problems whose solution can create prominent technological advances.  SOC-based optimization also may become a key component in understanding human creativity and problem solving.

Hoffmann and Payton’s study, Optimization by Self-Organized Criticality, was published on February 5, 2018 in the online Nature journal Scientific Reports.