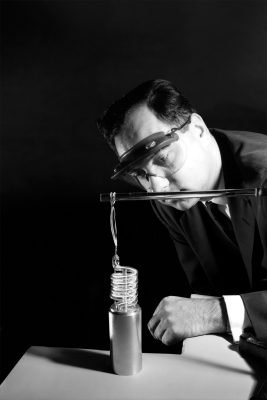 May 16, 1960, a researcher for Hughes Aircraft Corporation named Theodore Maiman activated the world’s first laser at the company’s brand new research facility in Malibu, California. Sixty years later, the re-branded HRL Laboratories, LLC still thrives as a top-tier independent research and development company. HRL will celebrate the 60th anniversary of Maiman’s laser on May 16, 2020, 60 years and a few months after the opening of the Malibu site.

Maiman’s successful experiment created an entirely new capability that has had an enormous impact on commerce, national security, and research in nearly every field of science. The word “laser” is now a household term and the technology is used in super accurate range finders, bar code readers, engraving tools, cutting and welding tools, communications systems, and myriad other applications integral to our world.

HRL Laboratories has changed over six decades, but has consistently achieved renowned scientific and engineering breakthroughs in Malibu since Maiman’s singular achievement. Now owned by The Boeing Company and General Motors, HRL thrives in its mission to give competitive advantage to its owners and customers.