Astronaut Kate Rubins on the International Space Station in front of the printer module from Made In Space that contains HRL’s resin. © NASA. 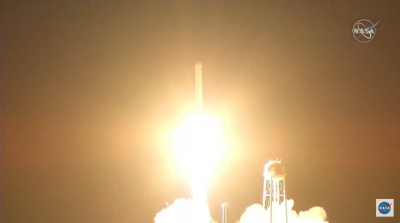 Pre-ceramic resin invented by HRL’s Additive Manufacturing group has been delivered to the International Space Station aboard the Cygnus unmanned resupply spacecraft. HRL’s material was then part of the first ever stereolithography 3D printing operations in space.

“Under the NASA program Additively Manufactured Ceramic Rocket Engine Components we matured the feedstock resin and process for 3D printing particle reinforced silicon oxycarbide ceramics” said HRL scientist Phuong Bui. “Our collaboration with the company Made In Space led us to be part of this exciting experiment.”  Made In Space, a Redwire subsidiary, developed the Ceramic Manufacturing Machine (CMM) that launched to the International Space Station in October 2020. In December 2020 CMM successfully UV cured polymer resin layer-by-layer in microgravity for the first time. This material enables additive manufacturing of different polymers and ceramics at high resolution in space. This new capability would allow astronauts to rapidly print replacement parts, tools and other items, eliminating the need to bring and store spare parts and tools that might never be used. This flexibility will be critical for future missions such as a crewed mission to Mars. 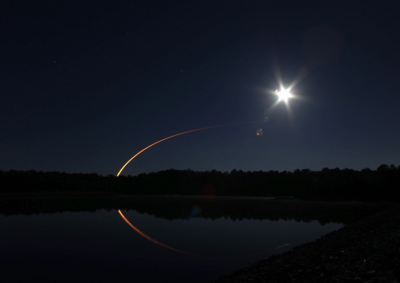 The structural parts of space infrastructure, such as solar arrays, telescopes and satellites, are currently designed to withstand the high loads at launch and end up with significant parasitic mass once deployed in space. Additive manufacturing in space could reduce by a large factor the amount of material launched to build space infrastructure. 3D printing ceramic materials is especially interesting for these applications, since ceramics are much more resistant to radiation exposure and extreme temperatures than polymers, and easier to print than lightweight metals.