Witnessing the dawn of the internet! Surviving the Cold War! Ushering in the 21st Century! Mary Young describes her decades-long career at HRL 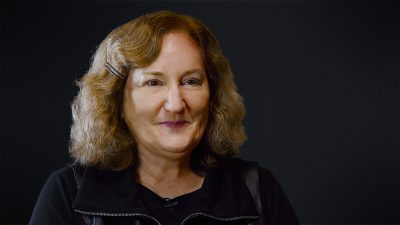 In 2004, Mary Young retired after a distinguished research career that began in 1974 at Hughes Research Labs, then part of Hughes Aircraft Company, through the launch of HRL Laboratories, LLC, as we know it today and into to the 21stCentury.

Selected to receive a Hughes Doctoral Fellowship, in 1977 Mary began a PhD program in the Engineering Department at UCLA with Professor Oscar Stafsudd. After earning her PhD in 1980, Mary rose through the HRL ranks as a member of technical staff, then section head, project manager, and department head. In 1990 she became the first woman lab director at HRL Laboratories, as head of the Chemical Physics Laboratory, later renamed the Sensors and Materials Laboratory.

After retirement, Mary remained on advisory boards with the National Academy of Sciences and the United States Air Force, and on the Board of Visitors at her alma mater, Wake Forest. Mary and her husband travel extensively since their retirement, and they still live in the Malibu area. Mary was kind enough to make time to talk to us about her long and illustrious career at HRL.